Archie Rand in the Media

“B”, the Brooklyn College Magazine, has published an article featuring Rand’s book, “The 613”. Rand began transforming each and every one of the 613 mitzvahs, or commandments, into its own painting, a series that took five years to complete. The book, which  is selling very well and continues to generate the attention of the media. See the article here.

BOMB Magazine has just published one of the last collaborations that Bill Berkson and Archie Rand did together.

The 23-unit piece is called “Room Tone”, after the poem that appeared in Berkson’s well-received book, “Expect Delays”, published in 2014 by Coffee House Press. Bill wrote in each consecutive line from this poem. See it here. 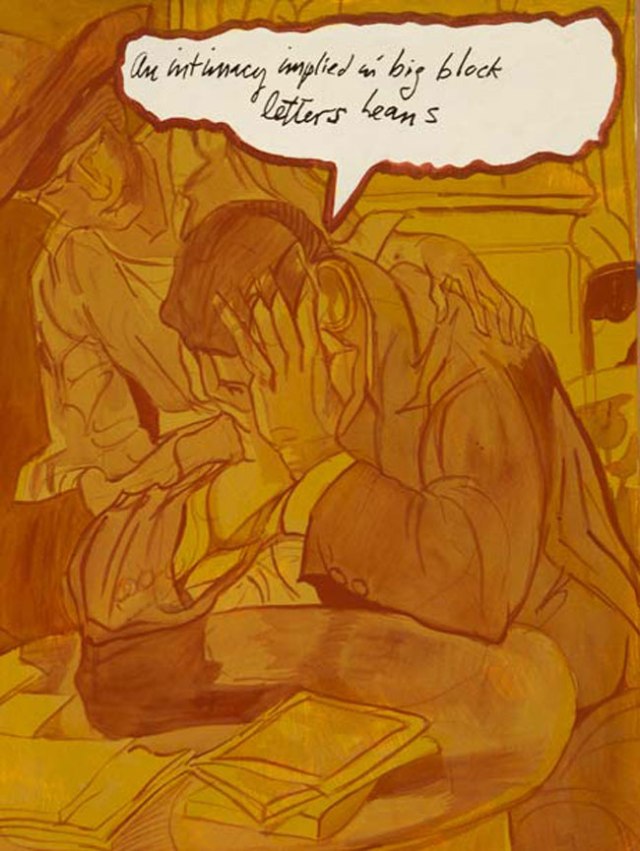