The fourth of Iyar, the day preceding Israel’s Independence Day, was declared by the Israeli parliament to be Yom Hazikaron, a Memorial Day for those who lost their lives in the struggle that led to the establishment of the State of Israel. This year it starts at sundown April 17.

Andi Arnovitz created a series Mothers and Sons. The image below shows a paratrooper bound to his mother with a red umbilical cord.

Israel’s Independence Day, Yom Ha’atzmaut, is celebrated the next day, which is the Hebrew date of the establishment of the State of Israel in 1948. In 2018, it begins at sundown on April 18.

Ruth Schreiber created an art installation Balfour at 100, which was featured at the Jerusalem Biennale 2017, in an exhibit curated by Ram Ozeri. The Balfour Declaration was a public statement issued by the British government during World War I announcing support for the establishment of a “national home for the Jewish people”, precursor to the establishment of the state of Israel. 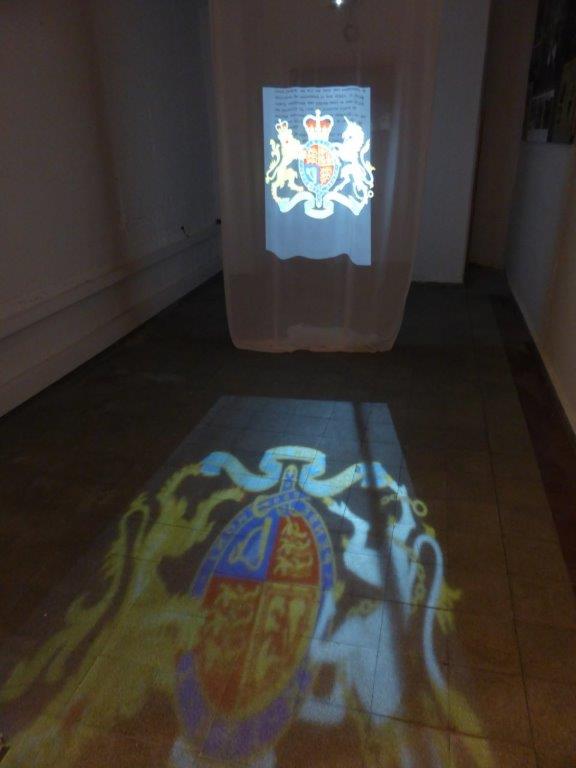 “Screened in a darkened space, this 5 minute video installation is focused on the actual letter of the Balfour Declaration dated November 2nd, 1917. An image of the original letter scrolls slowly down a gauze curtain and continues onto the floor, where the words are reversed, as the text is read aloud all the while.

My hope is that this rendering will give the viewer pause to consider this important historic watershed and its many significant ramifications.”

Joining these two days together conveys a simple message: Israelis owe the independence and the very existence of the Jewish state to the soldiers who sacrificed their lives for it.

More works by the artists. 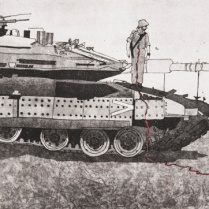 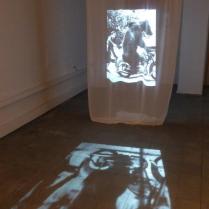 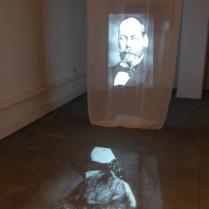 @dovlederberg from the series Stones of Fire, 2012.
Our exhibition at the @81leonardgallery is featured in the @canvascompend
PAUSE: Jewish Heritage Month/Ways of Being, at @81leonardgallery in collaboration with the Jewish Art Salon.
On view in the windows of @81leonardgallery until May 15th & inside the gallery for the duration of the exhibit, in addition to Orli Swergold’s Molting Street Tiles (2022), is Tobi Kahn’s RYTZA (2017).
@81leonardgallery “PAUSE: Jewish Heritage Month/Ways of Being” is officially open at 81 Leonard Gallery, in collaboration with the Jewish Art Salon.
Shabbat shalom! "Superman Breaks Time: For Walter Benjamin", 2022, 48" x 60". Based on Walter Benjamin's essay, Thesis on the Philosophy of History.
At the renowned Phillips Collection! Sunday May 8 at 2pm ET live-streamed from Washington DC - @tobikahnstudio in conversation with:
Yom Haatzmaut Sameach! Wishing everyone happy Independence Day celebrations!
This illustration, by Graphic Designer and Illustrator Avrum Ashery provides context for Israel Independence Day, Yom Haatzmaut, beginning tonight.
@ruth__schreiber , Yizkor, 16X13X14, Bronze.
@81leonardgallery and Jewish Art Salon proudly present PAUSE: JEWISH HERITAGE MONTH/WAYS OF BEING.
Zoom Art Critiques this Tuesday, May 3, 6pm ET, 5pm Chicago, 3pm PT!
Shabbat shalom!
"Requiem 10" is one of 17 which make up the moving, experiential, exhibition, “A Requiem: Tribute to the Spiritual Space at Auschwitz.”
PAUSE: JEWISH HERITAGE MONTH/WAYS OF BEING in Tribeca.
@rachel.e.braun , Karev Yom: Draw Near a Day, blackwork embroidery on aida cloth, 2016.
A still from Ruth Schreiber's video animation.
Passover
"Maror/Odalisque" Beth Haber @bethkhaber oil stick and acrylic on mylar 2008
Sheryl Intrator
©2022 Jewish Art Salon. All Rights Reserved. Email: jewishartsalon@gmail.com Mailing address: Jewish Art Salon 1392 Madison Avenue, Ste 192 New York, NY 10029-6914 USA
Loading Comments...
%d bloggers like this: