Archie Rand’s The 613 at the Contemporary Jewish Museum

The 613 is a major painting project by Archie Rand presented at The CJM in San Francisco in its museum debut and first appearance outside New York City.

In traditional Jewish texts 613 rules for ethical and religious behavior are asked of all Jews. Rand’s exhibition includes one painting for each one of the 613; they are acrylic on canvas paintings (20 x 16 in.) arranged in a huge grid comprising 1700 square feet.

There will be a digital kiosk in the middle of the gallery so that visitors can access each of the 613 paintings in close up, along with the admonition translated into English.

The 613 by Archie Rand, overall view

A film about Rand’s The 613, directed and animated by Tatiana McCabe, will also be on view in the gallery. At the special invitation of CJM Executive Director Lori Starr, a new painting by Rand, on what some consider to be number 614: never forget, is included in the exhibition, displayed separately in the gallery.

More info about Rand and the exhibit here

The conceptual piece, which is derived from the text of the Torah, is 15 feet high and 93 feet wide, totalling 1,700 square foot.

Archie Rand (born 1949) is an artist from Brooklyn, New York. Rand received his Bachelor of Fine Arts in cinegraphics from Pratt Institute, having studied previously at the Art Students League of New York. His first exhibition was in 1966, at the Tibor de Nagy Gallery in New York. He is currently Presidential Professor of Art at Brooklyn College. Before joining Brooklyn College, Rand was the chair of the Department of Visual Arts at Columbia University. He served as the Acting Director of the Hoffberger School of Painting and as Assistant Director of the Mount Royal Graduate Programs, both at the Maryland Institute College of Art. From 1992­–94 he was Co-Chair of the National Studio Arts Program of the College Art Association. He was made a Laureate of the National Foundation for Jewish Culture, which awarded him the Achievement Medal for Contributions in the Visual Arts. He is a Fellow member at the Jewish Art Salon.

Rand’s work as a painter and muralist is displayed around the world, including in the collections of the San Francisco Museum of Modern Art, the Art Institute of Chicago, the Victoria and Albert Museum in London, the Bibliothèque Nationale de France in Paris, and the Tel Aviv Museum of Art. His graphic works and books are in over 400 public collections including the Metropolitan Museum of Art, The Museum of Modern Art, The Whitney Museum of American Art, The Art Institute of Chicago, The Brooklyn Museum, The Baltimore Museum of Art, the  Smithsonian Institution, and The New York Public Library, and are  owned by many universities, among which are Harvard, Yale, Columbia, Brown, and Johns Hopkins. 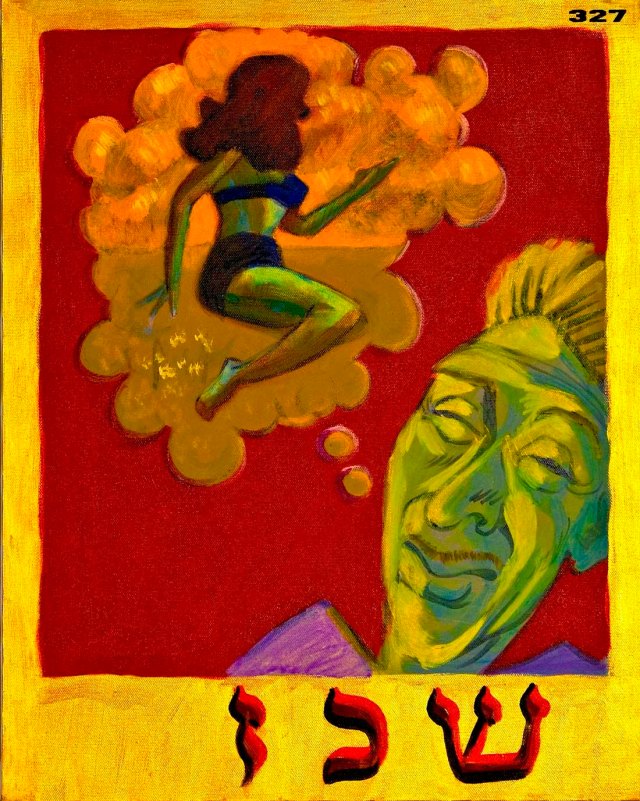 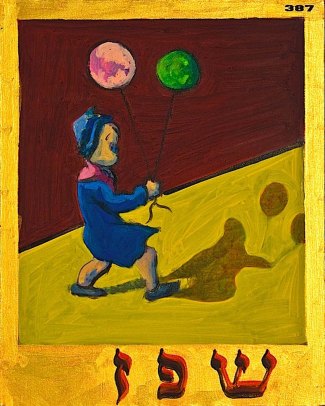 387. To offer two loaves which must accompany the above sacrifices (Lev.23:17)

Yesterday we celebrated Tu B’Av, the 15th day of the month of Av, a time when mourning is turned into renewed hope and celebration. It is both an ancient and modern holiday. It marks the beginning of the period of spiritual preparation leading up to the month of Elul and the Days of Awe.
Tomorrow! Tuesday, July 6, 12 PM New York, 11 AM Chicago, 9 AM PT, 7 PM Jerusalem
Growing Up Jewish in India, edited by Ori Z. Soltes, features artwork by @sionaware The book, which will be released soon, offers an historical account of the primary Jewish communities of India, their synagogues, and unique Indian Jewish customs. It offers an investigation both within Jewish India and beyond its borders, tracing how Jews arrived in the vast subcontinent at different times from different places and have both inhabited dispersed locations within the larger Indian world, and ultimately created their own diaspora within the larger Jewish diaspora by relocating to other countries, particularly Israel and the United States.
"Cholent Is the Delicacy that the Lord Revealed to Moses". Image by Mark Podwal in "Hebrew Melodies", which the @Jewishreviewbooks calls "a treasure. Article here: https://jewishreviewofbooks.com/jewish-history/11059/dionysus-and-the-schlemiel/
The Jewish Art Salon is excited to partner with The Israelite Samaritans Project of the @yeshiva_university Center for Israel Studies in the creation of a unique exhibition, "The Samaritans: A Biblical People", which explores the Samaritans, their complex culture and religion, and their relationships with Jews, Christians and Muslims across time.
Tuesday, June 15, 12 PM New York, 11 AM Chicago, 9 AM PT, 7 PM Jerusalem
After the Flood ReGenesis.
Rachel Braun
Praying for Peace in Israel. Oil painting by @artwork_by_leah
Woman of Valor, Valeriya Khomar, Mixed media on canvas, 2019. @artvaleriyakhomar #happymothersday❤️ #motherhood #motherart #jewishart #jewishartsalonmembers
Chana Zelig @artistchanazelig
With immense sorrow, The Jewish Art Salon extends condolences to the families of the deceased, and prays for the speedy recovery of all the injured in Meron Thursday night.
Shabbat Shalom! Havdalah, Ali Shrago-Spechler, challah bread, steel, wooden dowels, 2016. @alishragospechler
Let it Burn, photograph, Yehudis Barmatz Harris @yehudisb.h "Fire is vital and also consuming, as are the teachings of the Kabbalah. "
Chesed Sha be Hod, Loving kindness in humility. From Judith Margolis' book on the Omer. Today marked the second Passover, for those who missed the Passover offering. It reminds us to give ourselves a second chance.
Shabbat Shalom! Alef-Bet poster, by Cindy Lutz Kornet. @artsoul18
"Loving-kindness in Endurance" From @st.soleil Judith Margolis' artist book on the Counting of the Omer. For anything to endure it needs to be loved. Day 22 of the counting of the omer.
VIDEO: Creativity in an Uncertain Time IX at https://youtu.be/JTouLXee-WI
Creativity in an Uncertain Time aired April 12, 2021.
Shabbat Shalom! Tehilim pour les vivants (2018) – Sandra Encaoua – Oil & spray on canvas.
©2021 Jewish Art Salon. All Rights Reserved. Email: jewishartsalon@gmail.com Mailing address: Jewish Art Salon 1392 Madison Avenue, UPS Box 192, New York, NY 10029-6914 USA
Loading Comments...
%d bloggers like this: