Through Compassionate Eyes; Artists Call for Animal Rights opens October 7th at Charter Oak Cultural Center as part of their Annual Celebration of Jewish Arts and Culture. This powerful, first-of-its-kind art exhibit is the first time artists have come together to produce a major exhibit on the intersection of animal rights and Judaism.

Presented by the Jewish Art Salon and Jewish Veg 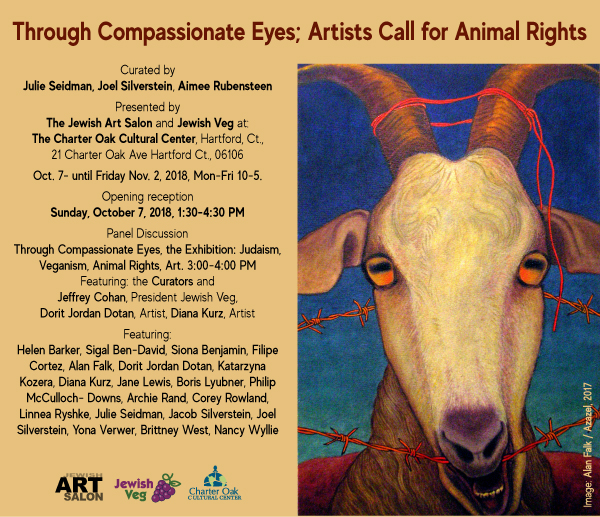 The exhibition, Through Compassionate Eyes; Artists Call for Animal Rights, addresses the theme of animal rights as an issue of social justice. Not all of the artists are Jewish, nor were all of the works created with an intent to specifically address Jewish themes. However, the exhibition was conceived to show that there is a demonstrably powerful connection between Jewish texts and the connected topics of Ecology, Animal Cruelty and veganism. The Book of Genesis 1:29-30 instructs us to eat seed bearing plants and fruit trees, proposing that God initially intended humans to be vegan. Isaiah, 11:6-9, states that in the future there will be no killing of any kind, as “the lion shall lay down with the lamb”. Later, both the Code of Jewish Law and the Talmud present the concept of Tza’ar Ba’alei Chayim; a prohibition against causing animals pain and demanding their ongoing humane treatment as a direct outgrowth of Biblical mandate.

Scientists have proposed that our current era be called the Anthropocene Epoch, the time of humankind’s accelerated negative impact upon the Earth’s climate and ecosystems. The scientific community’s predictions concerning climate change should be motivating citizens to action. Yet progress is impossible if the causes of this crisis are systematically kept from the public or blatantly ignored. Central in this cause is the issue of meat consumption, animal rights and the ethical treatment of animals.

The artworks of the exhibition have been grouped to address specific themes. Several of the artists provide twists on Jewish subjects from the Hebrew Bible: Alan Falk, Siona Benjamin, Archie Rand, Yona Verwer, Katarzyna Kozera.  Other artists use the topics of animal enslavement and suffering: Diane Kurz, Dorit Jordan Dotan, and others. There are documentary style artists like Nancy Wyllie and Sigal Ben-David that use the techniques of science and journalism to criticize animal cruelty, as well as process- based artists like Filipe Cortez who’s works mine the practices of the meat and dairy industries. There are satirists using the languages of history painting like Joel Silverstein, portraiture, like Boris Lyubner, advertising and cartooning similar to that of the fast food Industries: Julie Seidman, Brittney West, Corey Rowland. There are Realists based on early 20th Century models of Protest Art: Philip McCulloch -Downs, Helen Barker and Surrealists presenting nightmare visions, like Jane Lewis and Linnea Ryshke. 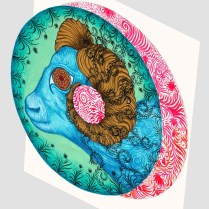 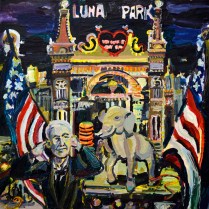 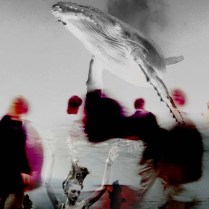 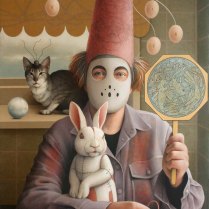 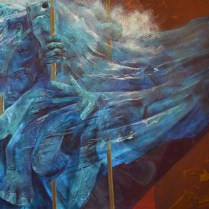 Animal Rights is a movement whose time has come. Markets and institutions routinely target non-human creatures in a system of violence and death. Each animal’s capacity to suffer calls out for a new concept of justice. It is our hope that this exhibit begins a dialogue and urges the viewer into deeper levels of social thought and action, evoking both secular and religious ethical systems. Understanding and respecting each creature’s unique place in the ecosystem gives hope in the age of environmental catastrophe and helps us to act as true stewards of the planet. At a critical moment in human history, individuals can make positive environmental and ethical changes in their lives, thus offering the unique practical application of healing the world, every day of the year.

Jewish Art Salon is the largest contemporary Jewish visual art organization in the world. The Salon provides important programs and resources and develops lasting partnerships with the international art community and the general public.

Jewish Veg is a national 501c3 charitable organization whose mission is to encourage and help Jews to embrace plant-based diets as an expression of the Jewish values of compassion for animals, concern for health, and care for the environment.